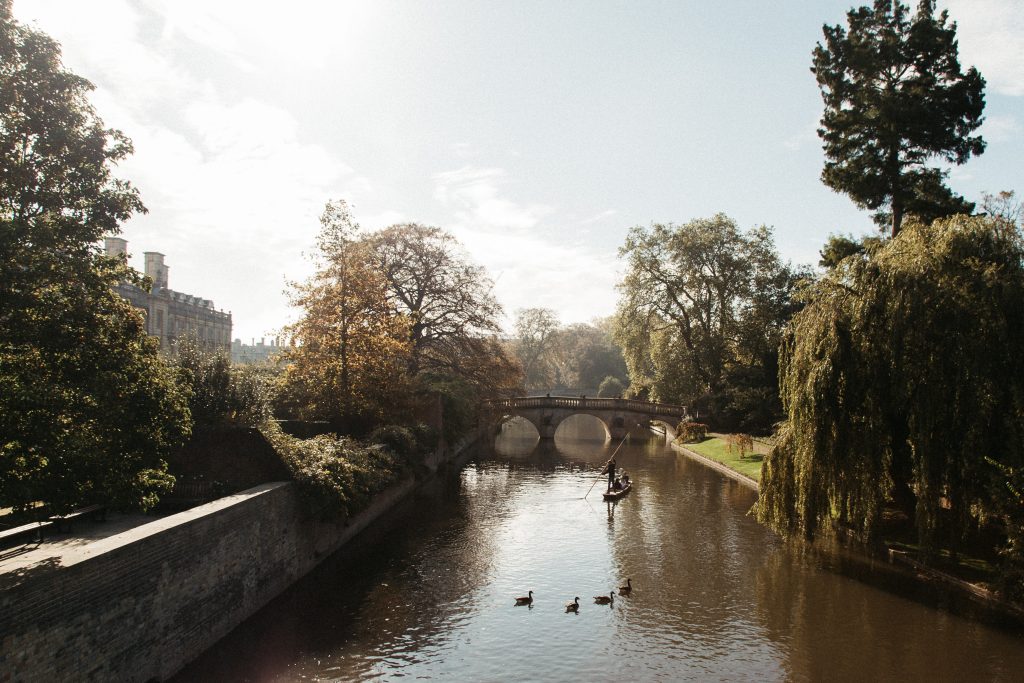 We’re pretty proud of our local area. Being big believers in technology as the driving force for efficiency in business, we’re happy to be in the middle of one of Europe’s biggest technology hubs.

Though the area is famous for its rich history, most notably in relation to the University – in recent times Cambridge has emerged as a thriving hub for innovation and technology, attracting tech giants such as Apple and Google, and drawing in investors.

Innovators already in Cambridge (or business owners thinking of moving their company to the area) – this ones for you!

Following in the footsteps of great innovators

Before we jump into the now let’s start by looking back. Some of history’s greatest scientific innovators studied at Cambridge university, not to mention a number of great novelists, poets and playwrights.

Famous scientists at Cambridge include:

Cambridge has clearly always been a city for big thinking. But in more recent years, the city has grown to become one of the most important technological hubs in Europe.

The Cambridge Phenomenon, coined by Peta Levi in a Financial Times article in 1980, describes an explosion of entrepreneurial companies making Cambridge their breeding ground.

Three reasons to start a business in Cambridge

Dubbed ‘Silicon Fen’ as a nod to Silicon Valley in California, (and after the surrounding English Fenland), this unique technology centre shares a similar origin story. Though Cambridge had housed some of the greatest innovators of our time, before the 1950s it wasn’t known for its entrepreneurial attractiveness.

A couple of major developments in the area sparked a change that would make Cambridge one of the fastest growing cities in Europe.

The biggest change came In 1970 when Trinity college invested in the UK’s first science park. Not long after, in 1988, The St. John’s Innovation Centre was founded – “ a dynamic & supportive incubation environment to accelerate the growth of ambitious innovative firms in the Cambridge region”.

There are around 1500 technology and biotechnology companies in Silicon Fen, making it an attractive hub for investors. Tech giants Microsoft, Amazon, Apple and google have all opened offices in the area.

With a far lower rent cost than its California counterpart, you could be a part of a thriving business community.

A great environment, a stone’s throw from London

Good transport links can have a direct impact on the growth of your business, by bringing you closer to your supply chain, clients and customers, and allowing you more access to skilled employees.

Though you’d be hard pressed to find a better business community, Cambridge is also in a great position for transport outside of its hub. Only an hour away from London by train or road, and an hours drive from Stansted airport means you’ll be well connected to the major UK cities.

That being said, Cambridge is famous for its cycling mentality. Cycling is the most popular mode of transport within the city. It also boasts some great schools and colleges, and is close to a beautiful expanse of countryside. Win, win, win!

There are two major universities in the area – Cambridge University and Anglia Ruskin University. Though one is considerably more famous than the other (for reasons we mentioned at the start of this blog), both are renowned and highly commended for their highly skilled talent.

Outside of London, Cambridge has the largest pool of talent specialising in AI, a field growing due to its demand for skills in industries beyond tech.

You should have no problem recruiting inside Cambridge, but with such close links to London, you’re also well positioned to hire beyond, from the country’s largest technology talent pool.

Thinking about setting up a business in Cambridge?

We’re always happy to share our local business knowledge, and to see how we can help you thrive in the Cambridge area. Whether you’re starting out and looking for funding and resources, or an established business looking to expand, we’ll help you define your goals and create a plan to take your business into its next stage.

Tell us about you.